Australian and US researchers hope the anti-ageing compound NAD could be trialed on humans as early as next year, following a key breakthrough that saw the ageing process reversed in mice.

Two-year-old mice were given NAD over a week, moving back the key indicators of ageing to that of a six-month-old mouse. Researchers said this was the equivalent of making a 60-year-old person feel like a 20-year-old

Dr Nigel Turner, senior research fellow at UNSW and co-author of the study, told Guardian Australia the rate of age reversal in mice was “amazingly rapid”

“We mapped the pathway to ageing carefully, but it was a real surprise to see the markers of ageing move back so quickly in just a week,” he said – Oliver Milman

A prominent theory of aging holds that decaying of mitochondria is a key driver of aging. While it’s not clear why our mitochondria fade as we age, evidence suggests that it leads to everything from heart failure to neurodegeneration.

Recent research suggests it may be possible to reverse mitochondrial decay with dietary supplements that increase cellular levels of a molecule called NAD (nicotinamide adenine dinucleotide).

Supplements containing nicotinamide riboside, or NR, a precursor to NAD that’s found in trace amounts in milk, might be able to boost NAD levels. In support of that idea, half a dozen Nobel laureates and other prominent scientists are working with two small companies offering NR supplements.

The NAD story took off toward the end of 2013 with a high-profile paper by Harvard’s David Sinclair and colleagues. Sinclair, recall, achieved fame in the mid-2000s for research on yeast and mice that suggested the red wine ingredient resveratrol mimics anti-aging effects of calorie restriction.

This time his lab made headlines by reporting that the mitochondria in muscles of elderly mice were restored to a youthful state after just a week of injections with NMN (nicotinamide mononucleotide), a molecule that naturally occurs in cells and, like NR, boosts levels of NAD.

NMN isn’t available as a consumer product. But Sinclair’s report sparked excitement about NR, which was already on the market as a supplement called Niagen. Niagen’s maker, ChromaDex, a publicly traded Irvine, Calif., company, sells it to various retailers, which market it under their own brand names. In the wake of Sinclair’s paper, Niagen was hailed in the media as a potential blockbuster.

In early February, Elysium Health, a startup cofounded by Sinclair’s former mentor, MIT biologist Lenny Guarente, jumped into the NAD game by unveiling another supplement with NR. Dubbed Basis, it’s only offered online by the company.

Elysium is taking no chances when it comes to scientific credibility. Its website lists a dream team of advising scientists, including five Nobel laureates and other big names such as the Mayo Clinic’s Jim Kirkland, a leader in geroscience, and biotech pioneer Lee Hood. I can’t remember a startup with more stars in its firmament.

A few days later, ChromaDex reasserted its first-comer status in the NAD game by announcing that it had conducted a clinical trial demonstrating that “a single dose of NR resulted in statistically significant increases” in NAD in humans—the first evidence that supplements could really boost NAD levels in people.

How excited should we be about all this?

If I were a middle-aged mouse, I’d be ready to spend some of the nickels and dimes I’d dragged off the sidewalk to try NR supplements.

Even before Sinclair’s paper, researchers had shown in 2012 that when given doses of NR, mice on high-fat diets gained 60 percent less weight than they did on the same diets without NR. Further, none of the mice on NR showed signs of diabetes, and their energy levels improved. The scientists reportedly characterized NR’s effects on metabolism as “nothing short of astonishing.”

But the paucity of human data gives me pause. Nobel laureates notwithstanding, I plan to wait until more is known before jumping up from the supper table to run out for some NR. Besides, it probably won’t be long before more data come out given the growing buzz about NAD. – David Stipp

Pterostilbene is an Extra-Potent Version of Resveratrol

NAD boosters might work synergistically with supplements like resveratrol to help reinvigorate mitochondria and ward off diseases of aging.

Elysium is banking on this potential synergy—its NR-containing supplement includes a resveratrol-like substance called pterostilbene (pronounced tero-STILL-bean), which is found in blueberries and grapes.

Why pterostilbene instead of resveratrol?

While resveratrol has hogged the anti-aging spotlight over the past decade, unsung researchers have quietly shown that pterostilbene is a kind of extra-potent version of resveratrol.

The pterostilbene molecule is nearly identical to resveratrol’s except for a couple of differences that make it more “bioavailable” (animal studies indicate that about four times as much ingested pterostilbene gets into the bloodstream as resveratrol).

Test-tube and rodent studies also suggest that pterostilbene is more potent than resveratrol when it comes to improving brain function, warding off various kinds of cancer and preventing heart disease.

As mentioned above, damage to mitochondria accumulates over the years and is one of the main contributors to the negative effects of aging.

NAD+ is a coenzyme in cells. Boosting NAD+ levels has been shown to dramatically reverse the aging of mitochondria in mice cells. A 2013 experiment demonstrating this was hailed as a key breakthrough and became the focus of widespread media attention.

The two most well-known NAD+ supplements currently on the market are:

Niagen is manufactured by Californian company ChromaDex and is available to buy under various brand names.

ChromaDex claim that a human clinical trial confirmed that NR Increases NAD+ and is safe.

This study is currently being peer reviewed (results expected in late 2016) and the company is hoping to win FDA approval. 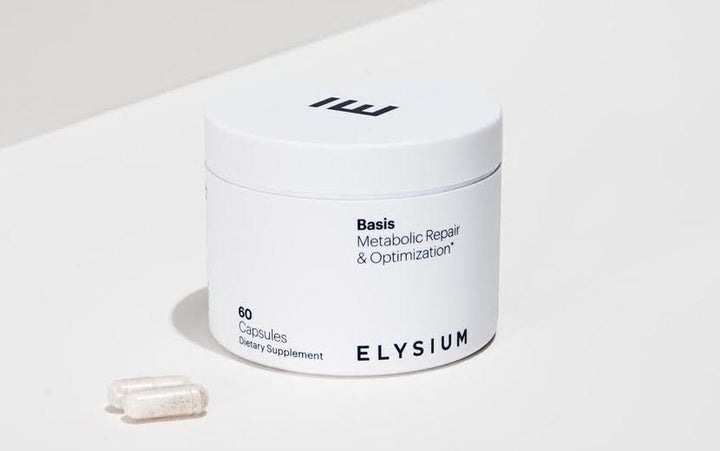 The NR supplement Basis is produced by high profile start up Elysium and has made headlines as an anti-aging pill. Elysium is associated with noble prize winners and biotech pioneers.

The pill also contains Pterostilbene, a compound commonly referred to as a stronger version of resveratrol

Basis is available to buy from Elysium’s website for $60 (30-day supply) or $50 a month (ongoing subscription).

BEST OF THE CURRENT BUNCH

MAINTAINANCE OF THE CELL’S MITOCHONDRIA

MAINTAINANCE OF THE CELL MEMBRANE

ONES TO WATCH (MOST PROMISING)

In the first controlled clinical trial of nicotinamide riboside (NR) researchers have shown that the compound is safe for humans and increases levels of a cell metabolite called NAD+ that is critical for cellular energy production and protection against stress and DNA damage.

Levels of NAD+ diminish with age, and it has been suggested that loss of this metabolite may play a role in age-related health decline.

Scientists trying to convince us of huge benefits of nicotinamide riboside (NR), but plain nicotinamide (vitamin B3) elevates NAD+ almost as much.

NR is expensive, B3 is cheap, is that why? Or is B3 just not glamorous?

It’s as if they don’t want to admit that a vitamin in clinical use for 50 years works, and they missed it. – P.D Mangan