Why Bitcoin Matters for Freedom

Time has produced a surprisingly complimentary appraisal of Bitcoin [Why Bitcoin Matters for Freedom], saying the cryptocurrency “matters for freedom” and is a “way out” of authoritarianism.

After ravaging the domestic economy, the Venezuelan regime is now taking a cut of money coming in from abroad. New laws force Venezuelans to go through local banks for foreign transactions, and require banks to disclose information on how individuals get and use their money.

A wire transfer from the United States can now encounter a fee as high as 56% as it passes from dollars to bolivares in a process that can last several weeks.

Most recently, Venezuelan banks have, under pressure from the government, even prevented clients using foreign IP addresses from accessing their online accounts.

From China to Sweden, governments and companies are driving us toward a cashless world. It’s essential that we explore electronic money that can preserve the peer-to-peer quality of cash for future generations.

Jordan Peterson is a high profile free speech advocate with 1.7M subscribers on YouTube and 1M followers on Twitter.

He recently added a bitcoin donation address on his website..

That is significant and this is why:

The decision to feature bitcoin donations came after a series of recent events regarding Patreon.

After banning several high-profile users, the crowdfunding membership platform is being accused of censorship and political bias.

It seems that Patreon was influenced by other companies to prohibit certain users from receiving funding. According to Patreon itself, MasterCard required it to ban multiple users.

On Twitter, some further questioned why MasterCard is so vocally expressing political opinions, and why it’s also enforcing them by censoring members it seemingly does not approve of.

Multiple content creators on Patreon are now reporting heavy losses in financial backing, as users are fleeing the platform in protest over the move.

That’s so much frustrating. Paypal has permanently banned all of our accounts without mentioning any reason and hold wallet funds wrongly for 180 days.

Upon asking, Paypal also refused to share any details.

Instead of giving a valid reason, company says “specific reasons for such a decision is proprietary & it is not released since that could impair PayPal’s ability to do business in a safe and secure manner”

You have to mention at least one valid reason. 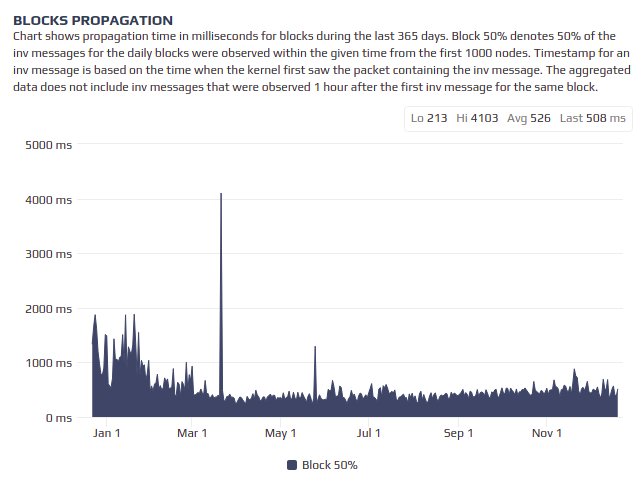 Jameson Lopp: Bitcoin block propagation started the year off averaging over 1 second to reach half of the nodes on the network and has since improved by about 50% down to half a second.

StopAndDecrypt: Pretty sure it’s how blocks are validated now. Nodes have most of the transactions in their mempool already so they aren’t validating that data twice. The decrease is a result of nodes gradually upgrading over time, replacing the old methodology.

People decided to try their luck and mine cryptocurrencies at home, investing in hardware. Hardware makers were eager to satisfy demand for mining rigs and invested in appropriate R&D and manufacturing.

As cryptocurrencies have dropped, so too have prices of motherboards, power supplies, and GPUs.

Every decent rig starts from a motherboard, so we are going to start from them.

Mining rigs usually need chassis so we decided to check out dynamics of mining chassis.

The 6-way frame for mining rigs that used to cost $100 in March, is now available for $36, a nearly three times decline.

Getting enough GPUs was a big problem for “professional” miners and those who did not have a good/close relationship with GPU manufacturers. They had to buy from retailers, which is why demand for mainstream and performance mainstream graphics cards increased and their prices hit a historical peak.

Discussion is ongoing within the Lab and developer circles as our next upgrade approaches, particularly surrounding ways to increase the indistinguishability of transactions.

Payment IDs can be a headache to deal with in the Monero ecosystem, and we want to establish a timeline for if, how, and when to migrate away from standalone IDs.

As always, we iteratively improve on transaction privacy, and will continue to do so.

The next three months will be, as they should be, a mix of tasks and topics. There will be more on confidential transaction schemes, payment channel and atomic swap plumbing, security analysis, and whatever comes next.

We have an estimated 35 million KYC/AML verified unique users on all the exchanges, and who knows how many users that aren’t.

What Isn’t a Scam?

Augur (and some others like it) actually has good reason to have a token, so it isn’t.

Andreas Antonopoulos: Fascinating write up by one of the most brilliant anonymous developers of LN: “HTLCs as American call options, and why LN can’t be cross-asset”

KomodoWorld: So did I understand it correctly that atomic swaps via LN are economically and ux problematic and won’t work?

Andreas Antonopoulos: Maybe. Let’s see how this discussion plays out… Certainly a novel insight about the conflict of incentive between routing and exchange use of HTLCs

2018 was a good year for investing. As long as you didnt own any bitcoin, altcoins, gold, silver, amaya shares, tech stocks, domestic stocks, international stocks, or any commodities or securities.

Basically the keep all your money in cash under your mattress strategy did great.

SpaceX is planning a duo of Falcon Heavy launches in the first half of 2019, the heavy lift rocket’s second and third missions.

SpaceX intends to recover and reuse all three Falcon Heavy first stage boosters for both launches and apparently believes that it can recover and prepare them for a second launch in as few as 60 days.

If SpaceX can find a way to launch Falcon Heavy twice in barely two months while still reusing all three first stage boosters, it’s hard to imagine a better way to demonstrate the economic and technological viability of both Falcon Heavy and Block 5’s reusability upgrades. – Eric Ralph

Cool to see grassroots Bitcoin businesses, like the Bitcoin vending machines being placed in Chiang Mai (with plans to expand all across Thailand).

Matt Guttman: Safely enslaving a very smart person is difficult. But if you don’t, they might want to harm you.

Scientists Turn Copper Into a Material ‘Almost Identical’ to Gold

Researchers have given copper particles the ability to act like gold.

The chemically-altered copper proved capable of acting as a catalyst in the same way as gold or silver, marking a huge breakthrough in gold analogs that could change how the precious metal is used in industry. – Mike Wehner 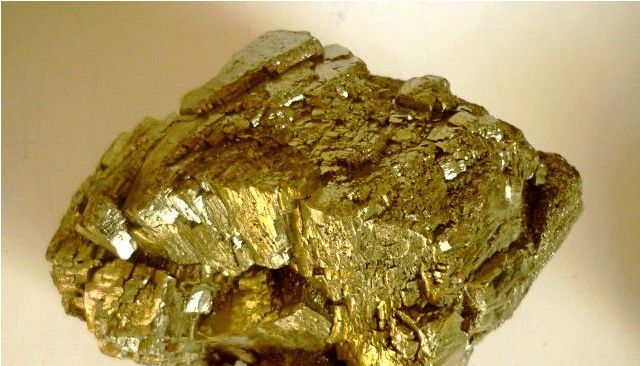 The discovery will significantly reduce the use of rare, expensive metals in factories, said the authors.

Precious metals remain central to modern economies. The components of electronic devices, for instance, contain a large amount of gold, silver and platinum.

About 40 smartphones can contain as much gold as a tonne of ore, it has been estimated.

Copper cannot function as well as gold in industrial applications, mainly because there are fewer electrons – subatomic particles with negative charge – buzzing around its nucleus. These electrons are also relatively unstable, so copper tends to react more easily when combining with other chemicals.

The method developed by Sun’s team can inject a large amount of energy into copper atoms and made the electrons more dense and stable, they said.

The new material can resist high temperatures, oxidisation and erosion, according to the researchers. – Stephen Chen

Gold Can Be Created Only By Stars and By Intelligent Beings.

Some types of transmutation happen spontaneously on Earth, in the decay of radioactive elements.

This was first demonstrated in 1901, by the physicists Frederick Soddy and Ernest Rutherford, but the concept of transmutation was ancient. Alchemists had dreamed for centuries of transmuting ‘base metals’, such as iron or lead, into gold. They never came close to understanding what it would take to achieve that, so they never did so.

But scientists in the twentieth century did. And so do stars, when they explode as supernovae.

Base metals can be transmuted into gold by stars, and by intelligent beings who understand the processes that power stars, but by nothing else in the universe.

– David Deutsch, The Beginning of Infinity